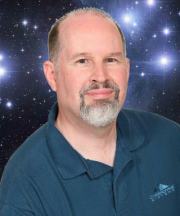 If you would also like Timothy Zahn to personalize your copy, just specify your instructions in the "comment" box at check out!

Special Orders will be processsed as quickly as possible depending on the author's schedule.  We will notify you of the estimated date to ship when your order is received.

ALSO IF YOU HAVE ANY QUESTIONS REGARDING OUR SHIPPING POLICY, PLEASE CLICK THIS LINK (OR COPY + PASTE), AS IT HAS ALL OUR POLICIES LISTED. THANKS
https://www.winterriverbooks.com/shipping-policy

The fate of the Chiss Ascendancy hangs in the balance in the epic finale of the Star Wars: Thrawn Ascendancy trilogy from bestselling author Timothy Zahn.

For thousands of years the Chiss Ascendancy has been an island of calm, a center of power, and a beacon of integrity. It is led by the Nine Ruling Families, whose leadership stands as a bulwark of stability against the Chaos of the Unknown Regions.

But that stability has been eroded by a cunning foe who winnows away trust and loyalty in equal measure. Bonds of fidelity have given way to lines of division among the families. Despite the efforts of the Expansionary Defense Fleet, the Ascendancy slips closer and closer to civil war.

The Chiss are no strangers to war. Their mythic status in the Chaos was earned through conflict and terrible deeds, some long buried. Until now. To ensure the Ascendancy's future, Thrawn will delve deep into its past, uncovering the dark secrets surrounding the ascension of the First Ruling Family. But the truth of a family's legacy is only as strong as the legend that supports it. Even if that legend turns out to be a lie.

To secure the salvation of the Ascendancy, is Thrawn willing to sacrifice everything? Including the only home he has ever known?

Thrawn and his allies race to save the Chiss Ascendancy from an unseen enemy in the second book in the epic Star Wars: Thrawn Ascendancy trilogy from bestselling author Timothy Zahn.

Thrawn's latest triumph still rests newly on his shoulders. He has led the Chiss to victory and brought glory to the House of Mitth, but the true threat to the Ascendancy has not yet been extinguished. Their foes do not send threats or ultimatums, do not mass ships on the edge of the Chaos. Their weapons come cloaked in smiles and generosity: Gifts offered freely. Services granted unconditionally.

Across the Ascendancy, seemingly inconsequential events could herald the doom of the Chiss. As Thrawn and the Expansionary Defense Fleet rally to uncover the plot, they discover a chilling truth: Rather than invade Chiss capitals or pillage resources, their enemy strikes at the very foundation of the Ascendancy, seeking to widen the rifts between the Nine Ruling Families and the Forty Great Houses below. As rivalry and suspicion sow discord among allies, each warrior must decide what matters most to them: the security of their family or the survival of the Ascendancy itself.

There are no products in your shopping cart.

Gifts You May Love!

Featured Gifts You May Love!